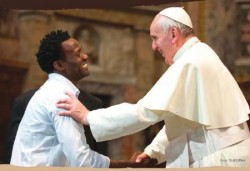 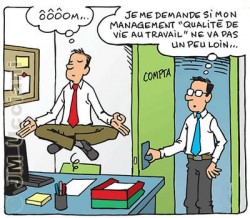 A few days ago, on Sunday, when Jesus entered Jerusalem acclaimed by a crowd, our reflection showed us that his close friends simply did not understand why he was doing this.
They could not figure out what led Jesus to accept this demonstration by the people when he had refused before.
(* See below Palm Sunday). 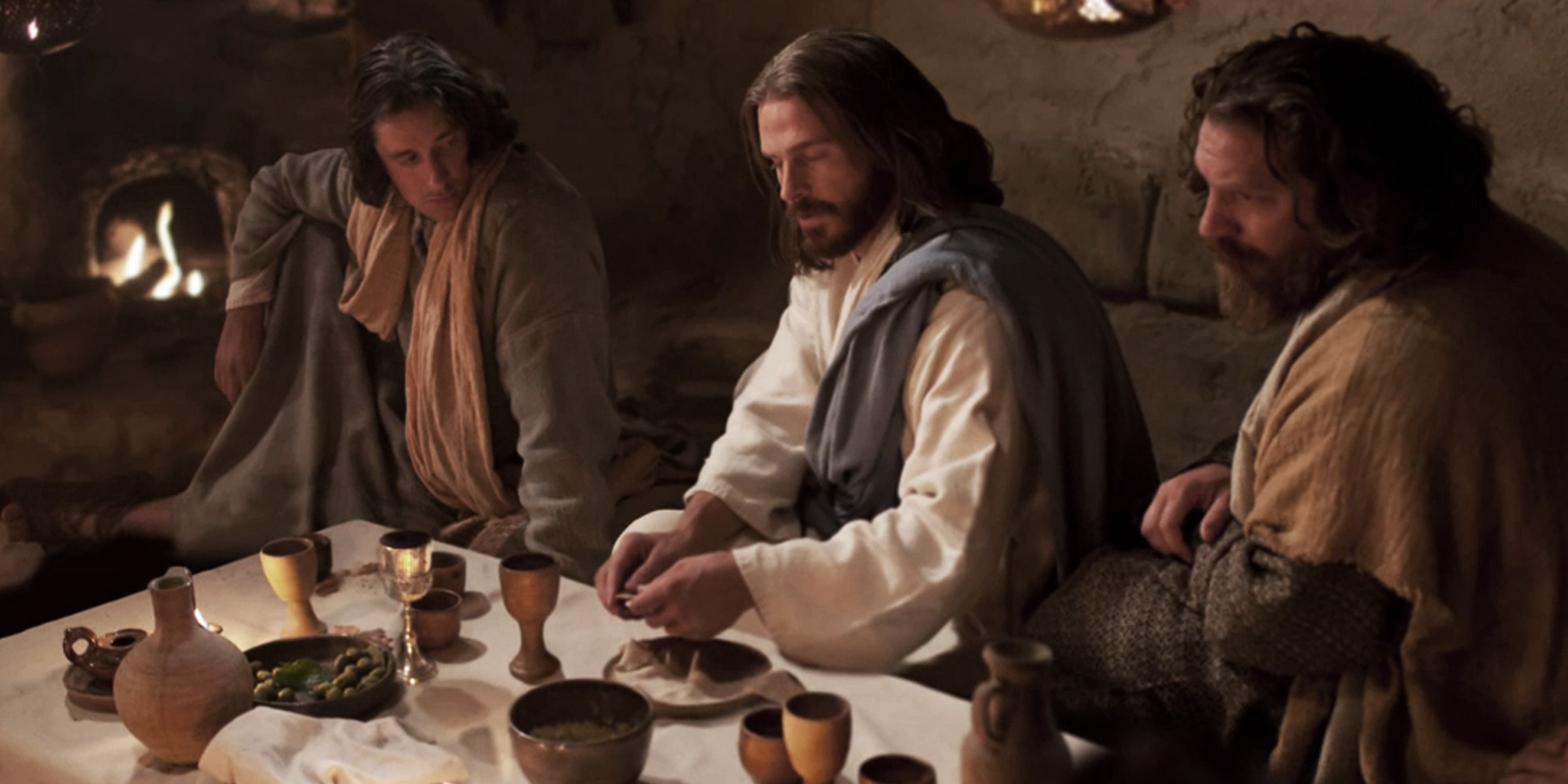 Today, as we remember the Last Supper he had with his twelve friends (Jn.13:1-15), we see him asking them:
“Do you understand what I have done to you?”

Overcoming Peter’s initial reluctance, Jesus has just been washing the feet of all of them.

A very unusual task which would normally have been performed by a slave or a servant.
Jesus expects that his apostles will be puzzled by his gesture and he wants them to understand the meaning of what he is doing.
An attitude of service,
an attitude, a service, that they themselves are to imitate in the future.

In the past, Jesus had tried a number of times to show them this way of being his disciples (Mt.20:25-28) (Lk.22:27).
But it was a hard lesson, one they needed to be reminded of.
And, it became obvious that putting it into practice was… the task of a lifetime.

It seems the same is true for us as well…
Understanding is one thing, living according to what we understand is another…

Would Jesus need to ask us tonight: “Do you understand?”

Note: Another reflection is available in French on a different theme at: https://image-i-nations.com/jeudi-saint-annee-b/ 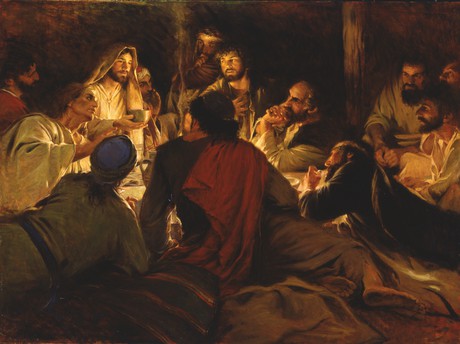 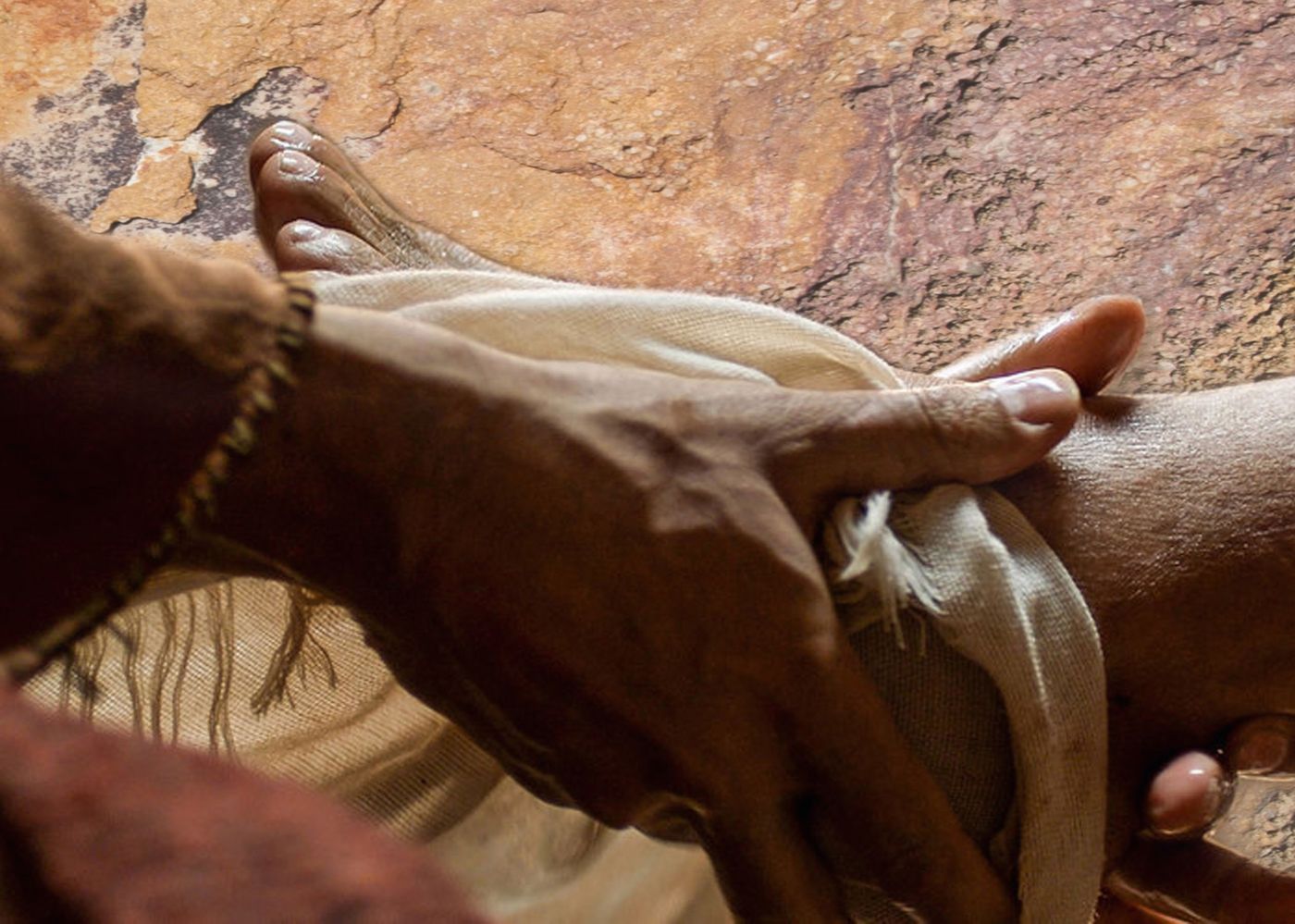 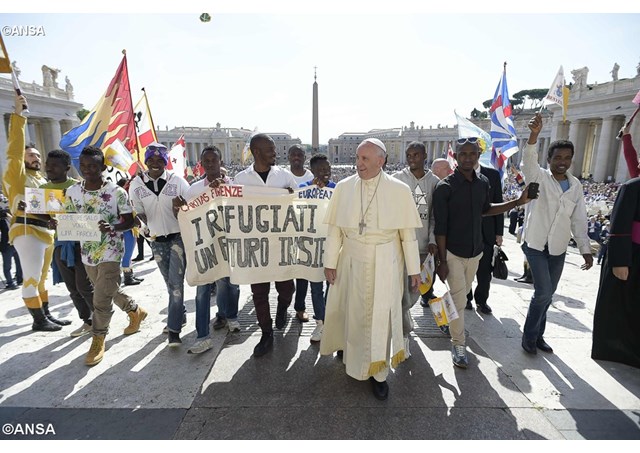 Some years before, they had come to make him king. It was after the multiplication of the loaves. Imagine someone feeding a huge crowd with 5 loaves and two fish – this is the kind of king they wanted, the kind of king they needed. With him the social problems of their people would be solved in no time. So, in what we would call today a ‘populist movement’ they wanted to take him and crown him by force. But he had escaped to the mountain and spent the night there, praying (Jn.6:15).

Later, during some discussion with the Jews, he had told them: “Human approval means nothing to me” (Jn.5:41). But he knew that they did not believe his words and he told them clearly: “Nothing I say has penetrated into you” (Jn.8:37).

And then, unexpectedly, he sends two of his apostles to a village telling them to fetch a donkey, yes, a donkey. He sits on it and enters Jerusalem surrounded by a crowd crying out with joy: “Blessings on the King who comes in the name of the Lord!” (Lk. 19:38). Strange, this time he not only accepts this manifestation but he has, somehow, ‘stage managed, it, people would say nowadays.

A king, on a donkey? Which earthly ruler would accept to be seen on such a mount? When asked by Pilate if he is a king, he will not deny it but he will make it clear what kind of a king he is: the one who came to witness to the truth – not what the Roman prefect expected to hear – in fact, he did not even listen to the answer (Jn.18:33-38).
He is a king who brings peace to the world – the chants of the people have recognised this.