The texts of the gospel come to us in different ways.
They reach us under different expressions and translations.
And they can provoke in us different reactions…

The last verse of today’s gospel text (Luke 18:1-8) does precisely this:
it awakens in us thoughts and questions.

Jesus has been teaching about prayer and about the need to persevere in prayer.
Obviously, this requires faith.
The text goes on to quote Jesus’ last words on the matter: 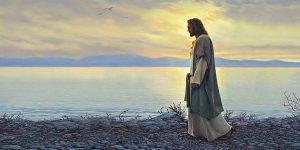 “When the Son of Man comes, will he find faith on the earth?”

An astonishing statement!
Is it not amazing that Jesus himself would ask this?
It is a question that is not addressed to anyone but is possibly a reflection on Jesus’ part.

I should perhaps correct this statement…
The question of Jesus not addressed to anyone IS ADDRESSED to EVERYONE, everyone of us.
It is from each one that he expects FAITH.
It is with each one that he hopes to enter a special relationship…

A relationship where one is

It may be was Jesus’ surprising question, his seemingly strange reflection is all about…

Note: Another reflection is available on a different theme in French at: https://image-i-nations.com/29e-dimanche-de-lannee-c-2022/ 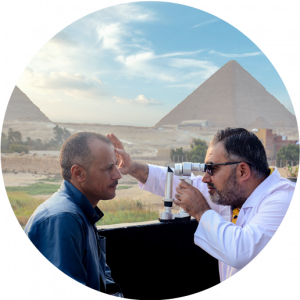 World Sight Day is on Thursday 13 October 2022 and we are focusing the world’s attention on the importance of eye care.​

Nearly everyone on the planet will experience an eye health issue in their lifetime, however, more than a billion people worldwide do not have access to the services they need to see clearly. ​ ​

The Love Your Eyes campaign encourages individuals to prioritise their own eye health whilst advocating for accessible, affordable and available eye care the world over. ​

We are excited for you and your organisation to get involved. 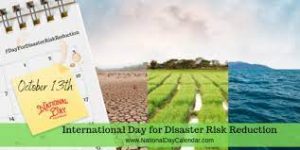 International Day for Disaster Risk Reduction is observed on October 13 every year. The day is a chance to recognize the progress made in addressing vulnerability to disasters and the loss of lives, economies, and health. Every year, the day honors people and communities all over the world who are working to reduce their vulnerability to disasters and raise awareness about the urgency of lowering the dangers they face. Disaster resilience in response to catastrophic weather events and other natural and man-made disasters requires international cooperation in the form of Official Development Aid (ODA) as well as capacity building.

After the United Nations General Assembly called for a day to foster a global culture of risk awareness and catastrophe reduction, International Day for Disaster Risk Reduction was born in 1989.

The international community was informed in 2015 at the third U.N. World Conference on Disaster Risk Reduction in Sendai, Japan, that disasters strike worst at the local level, with the possibility of creating tremendous social and economic devastation. Every year, millions of people are displaced by sudden disaster outbreaks. Catastrophic events, many of which have been aggravated by global warming, have a detrimental influence on sustainable development investment and its desired outcomes.

Disasters significantly affect low- and middle-income countries, especially in terms of fatalities, the number of persons injured or displaced, and damage to key infrastructure. While other global problems might seem more pressing, hunger and poverty cannot be eradicated if we do not address disaster risk reduction. 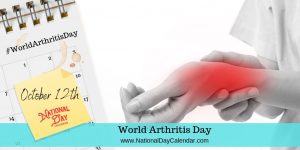 On October 12th of each year, World Arthritis Day spreads awareness about the most prevalent disease in the world. This awareness day highlights the need for early diagnosis and treatment.

Arthritis is commonly known as joint inflammation. There are over 100 types of arthritis. The two most common types include osteoarthritis and rheumatoid arthritis. While there is no cure for this disease, treatments are available. Doctors prescribe painkillers, anti-inflammatory medications, and injections called corticosteroids to treat arthritis. Physical therapy and chiropractic care can also help reduce pain and inflammation. For some, surgery, such as joint replacement or joint fusion, is the only option.

Many people with arthritis also have other conditions. These conditions include heart disease and diabetes. Some people are more prone to others than having arthritis. Common risk factors include family history, age, being overweight, and previous joint injury.

Severe arthritis is debilitating as it becomes difficult to do daily tasks and enjoy activities. In some cases, the joints become twisted and deformed.

World Post Day is celebrated each year on 9 October, the anniversary of the establishment of the Universal Postal Union in 1874 in the Swiss Capital, Bern. It was declared World Post Day by the UPU Congress held in Tokyo, Japan in 1969. Since then, countries across the world participate annually in the celebrations. The Posts in many countries use the event to introduce or promote new postal products and services.

In 2015 countries all over the world committed themselves to working together towards achieving the Sustainable Development Goals, which aim to end extreme poverty and hunger, fight inequality and injustice, and take action to reverse climate change – to name just some of these 17 agreed new Goals. Playing its part in this global effort, the Post today has a more relevant role than ever by providing infrastructure for development.

The Post is the world’s largest logistics network. How are these networks accelerating the green transition of the overall economy?

Although the circular economy may no longer be a new concept, it is now more clear than ever that we must align with the principles of the circular economy; we must raise awareness of the Post’s potential to tackle the climate crisis; and we must drive overall resource mobilization across sectors.

Light Pollution will be the focus of the World Migratory Bird Day 2022 campaign.Artificial light is increasing globally by at least 2 per cent per year and it is known to adversely affect manbird species. Light pollution is a significant threat to migratory birds, causing disorientation when they fly at night, leading to collisions with buildings, perturbing their internal clocks, or interfering with their ability to undertake long-distance migrations.

Solutions to light pollution are readily available. For instance, more and more cities in the world are taking measures to dim building lights during migration phases in spring and autumn. Best practice guidelines are also being developed under the Convention on Migratory Species to address this growing issue and ensure that action is taken globally to help birds migrate safely. 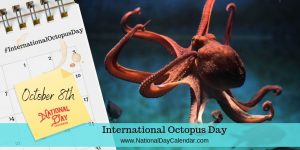 On October 8th, World Octopus Day celebrates one of the earth’s oldest creatures.

The animal is best known for its eight legs and ink-squirting abilities.

However, there is so much more to know about this fantastic creature.

Octopus fossils date back over 300 million years.
This means that the octopus is older than the dinosaur!

Here are some other cool facts about these cephalopods:

Many people are enamored by the octopus and for a good reason. There is simply no other creature on earth, quite like the octopus. Some consider them the most intelligent being on the planet.

Besides being super smart, the octopus is likened to Houdini. Since the octopus doesn’t have an internal skeleton or a protective shell, it squeezes through narrow openings.  Lacking any bone structure, an octopus has even been known to escape from a jar with a closed lid. They indeed are unique and unusual animals!

We engage in different types of relationships: with relatives and friends, neighbors and colleagues.
From different people, we expect different things while we appreciate the qualities of each one.
But from all of them, we usually expect one attitude above all others, it is that of FAITHFULNESS.
We want to be able to rely on them in good and bad times alike. 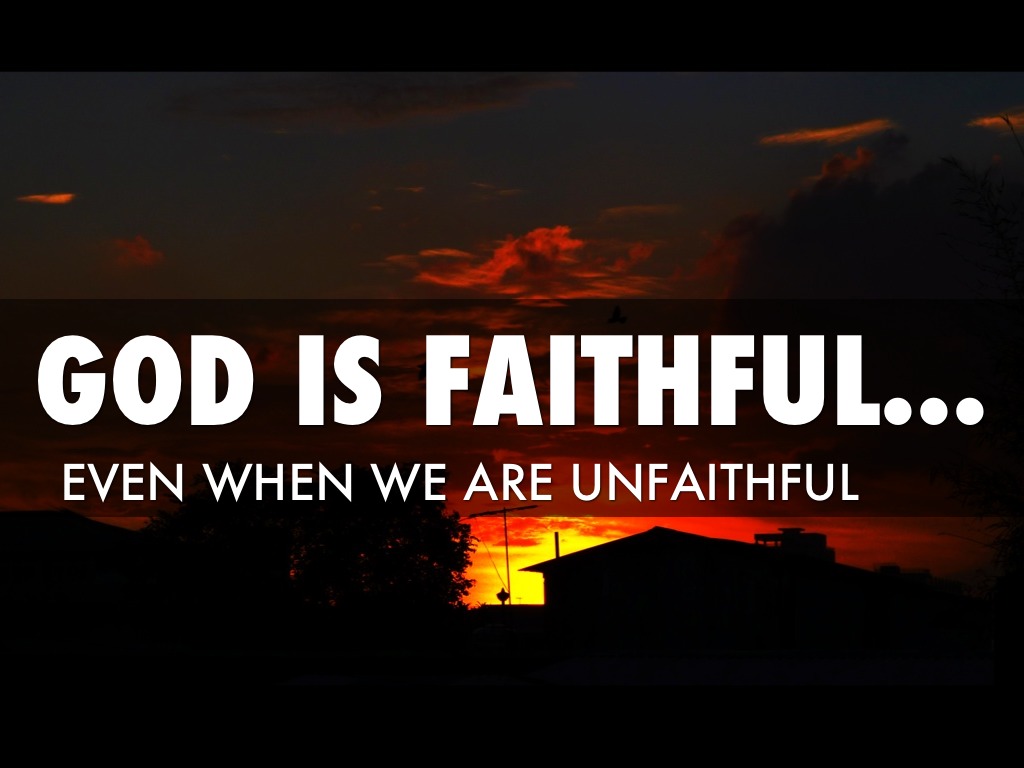 “We may be unfaithful but he (God) is always faithful.”

God’s faithfulness does NOT depend on ours… some of us may need to convince ourselves of this.

Rules and regulations, commandments and observances – all of these are signposts to show us the way.
But our being faithful to them is NOT a condition for God’s love and compassion to reach us.

It is said that there is nothing God cannot do.
Personally, I believe that God CANNOT forget his promises.
God CANNOT fail to carry out what he said he would do
God CANNOT be untrue to his word.

Even in the depths of our own unfaithfulness, we can always rely on this FAITHFUL GOD.

Note: Another reflection is available on a different theme in French at: https://image-i-nations.com/28e-dimanche-de-lannee-c-2022/ 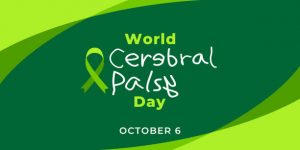 Cerebral palsy is one of the least understood disabilities and people with cerebral palsy are often out of sight, out of mind and out of options in communities around the world. This needs to change.

World Cerebral Palsy Day on 6 October was created by the Cerebral Palsy Alliance in 2012 and now brings together people living with cerebral palsy, their families, allies, supporters and organisations across more than 100 countries. All with the aim to ensure a future in which children and adults with cerebral palsy have the same rights, access and opportunities as anyone else in our society.

It is a complex disability:

Cerebral palsy is a lifelong disability and there is no known cure. World Teachers’ Day on October 5th honors teachers and teacher organizations making vital contributions to the education and development of our future leaders.

If you think back to your school years, you are bound to think of at least one teacher who made a difference in your life. Maybe they helped set you on the right career path. One may have encouraged you to step out of your comfort zone and try something new. Or maybe they helped you when you felt unaccepted by your peers. Even though a teacher’s job is to teach, they wear many hats. They are also counselors and friends. To some students, they may even be guardian angels.

While teaching is indeed a noble career, it is a challenging one, as well. It seems that more than ever, teachers are having a difficult time. Some of the things they contend within the classroom each day are disruptive environments, lack of resources, and limited time. For teachers who have many students, it can be difficult to provide individualized attention.

As teachers prepare students for the future, it’s more important than ever to recognize the difficult job they do.