International Day to End Impunity for Crimes Against Journalists – 2 November 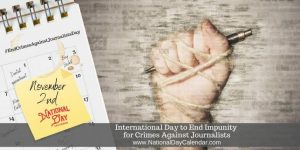 Every year, November 2nd marks the International Day to End Impunity for Crimes Against Journalists. The day draws attention to the low conviction rate for crimes committed against journalists on a global scale.

In some cases, the offenders receive no punishment at all. Only one in ten cases committed against journalists in the last ten years has led to a conviction. This impunity leads to corruption and the covering up of human rights abuses. 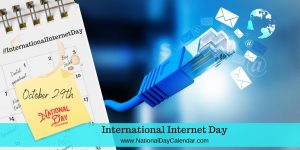 International Internet Day on October 29th celebrates what many consider the most important invention in human history.

It’s hard to fathom a world without the Internet. The Internet provides instant access to information. Search engines make this information easy to attain. Besides gaining knowledge, internet users have an endless supply of entertainment. The internet makes it possible to do banking and shopping from the comfort of your own home. The internet is also a great way to make donations and raise funds. Thanks to the internet, many people are able to work remotely from anywhere in the world. Many use the internet to find a love connection, and many have had success. What in the world would we do without the internet?

To further prove the greatness of this invention, here are some mind-boggling statistics:

One of the reasons the internet is so widely used is because of the World Wide Web. The WWW became publically available in 1991.

Obviously, we should not look for a painting or a photo…
But let the words reach you again… 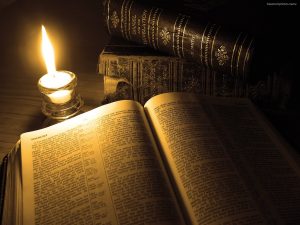 You love all things that exist…
You spare all things, for they are yours…
You love the living…
Your immortal spirit is in all things…
You correct little by little those who trespass.”

Is this the God you believe in, the one you rely upon?…

The last line of the text tells us:
“So that their put their trust in you, O Lord.”

This is the reason we are given this… Portrait of God.

Note: The gospel scene of Zacchaeus, personified by Augustine Sellam, can be viewed in a video at:  https://youtu.be/7TIwA1YgPII

Another reflection is available on a different theme in French at: https://image-i-nations.com/31e-dimanche-de-lannee-c-2022/ On October 28th, International Animation Day recognizes the artists, scientists, and technicians behind animated art. It’s also a day to celebrate all aspects of animation.

When artists manipulate drawings to appear as moving pictures, they are creating animation. This art form has been used for more than 100 years to create cartoons and other types of entertainment. Through the years, artists and technicians have developed different kinds of animation.

Other commonly used types of animation include rotoscope, motion capture, mechanical, and claymation. 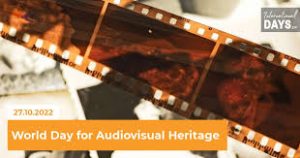 Audiovisual archives tell us stories about people’s lives and cultures from all over the world. They represent a priceless heritage which is an affirmation of our collective memory and a valuable source of knowledge since they reflect the cultural, social and linguistic diversity of our communities. They help us grow and comprehend the world we all share. Conserving this heritage and ensuring it remains accessible to the public and future generations is a vital goal for all memory institutions as well as the public at large. The UNESCO Archives has launched the project « Digitizing our shared UNESCO history » with this very goal in mind.

The World Day for Audiovisual Heritage (WDAH) is a commemoration of the adoption, in 1980 by the 21st General Conference, of the Recommendation for the Safeguarding and Preservation of Moving Images. The World Day provides an occasion to raise general awareness of the need to take urgent measures and to acknowledge the importance of audiovisual documents.

In this way, the World Day also serves as an opportunity for UNESCO’s Member States to evaluate their performance with respect to implementing the 2015 Recommendation Concerning the Preservation of, and Access to, Documentary Heritage, Including in Digital Form.

The 2022 World Day for Audiovisual Heritage will be celebrated in conjunction with the 30th anniversary of the Memory of the World Programme. The celebration will take place from 27 October to 5 November 2022, under the theme “Enlisting documentary heritage to promote inclusive, just and peaceful societies”. Taking its cue from the 2030 Agenda for Sustainable Development, documentary heritage, as an information resource, lends itself both to the “public access to information” component of Target of 16.10 of SDG 16 and its “fundamental freedoms” component. With respect to the theme of the celebration, while the question of ensuring universal access to documentary heritage remains a foundational concern, there is a strong focus on how documentary heritage can be used to promote inclusive, just and peaceful societies. 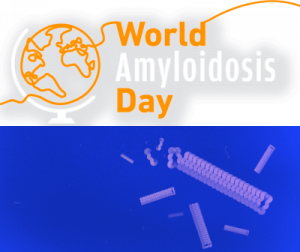 The Amyloidosis Alliance and worldwide patients organization has created an International Day of Awareness dedicated to this rare disease, with different participating countries throughout the world.
The objective of this World Amyloidosis Day is to alert the world about the diagnostic delay that patients face, which averages 4 years.
Faster diagnoses and better quality treatment can only be achieved by more widespread knowledge of the disease.
Our campaign is aimed at all: health authorities and professionals, pharmaceutical companies, scientists, associations, etc. Let’s be the link to supporting patients and their loved ones. 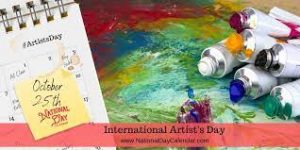 We celebrate International Artist Day on October 25. Art as a creative human expression encapsulates myriad things. It portrays the beauty of life or a bitter reality. It records history, revolutions, rebellions, and sometimes is a means to escape them. In short, there is no history or culture without art. This day celebrates all forms of art — paintings, sculpture, photography, architecture, music, and more. Through this celebration we show our respect for the passion and creativity in all artists. As art provide you with a medium of speech let us also see the work of those artists who study, research and criticize artists to showcase their art of words, here is a list of top art journalist.

In the summer of 1961 President Kennedy made an effort to settle a salary dispute between the Metropolitan Opera and the American Federation of Musicians. He succeeded. Kennedy’s actions signaled his passion for the arts. Congress, in the mid 60s, designated the National Cultural Center, launched in 1958, as a “living memorial” to President Kennedy and authorized $23 million to begin construction. It’s now simply known as the Kennedy Center.

The following year President Johnson signed the National Foundation on the Arts & the Humanities Act, which created the National Endowment for the Arts.

By 1970 focus on the arts increasingly spread to television and cinema. Mobil Oil committed more than $1 million to the Corporation for Public Broadcasting for presentation of Masterpiece Theatre on PBS — and for 5 million copies of new Sesame Street magazine to be given free to preschool children in low-income neighborhoods. This was the largest gift to CPB from the business community to date.

A decade later President Reagan, himself a former actor appointed a Presidential Task Force on the Arts & Humanities to review the purposes of the National Endowments; broaden private support; engage more non-government professionals, private groups & individuals; & recommend ways to strengthen the overall structure of both agencies.

Still another president would show his support as well. Bill Clinton, in his 1997 State of the Union Address, asked Congress to maintain support for the arts — and urged citizens to make the year 2000 a national celebration “so that we can remain the world’s beacon not only of liberty but of creativity, long after the fireworks have faded.”

Recently the Museum of Modern Art in New York City reopened after a $400 million renovation — adding over 40,000 square feet for galleries (including two at the street-level)— inside the new West 53rd St. tower. They are free to the public.

(A five day celebration), every autumn, the observance sees millions of people attend firework displays, prayer services and festive events in celebration of the occasion.

However, festivities were cancelled last year for many due to the coronavirus pandemic. With restrictions eased this year, some people are planning to hold big gatherings, while others plan to have another quiet celebration.

While Diwali holds significance for a variety of reasons, one of the core themes of the festival, as symbolised by the prevalence lights, is the triumph of good over evil.

Here is everything you need to know about Diwali:

Diwali, also known as Deepavali or Dipavali, comes from the Sanksrit word dipavali meaning “row or series of lights”.

Rajnish Kashyap, general secretary and director of Hindu Council UK, explains that the festival, which is one of the most significant for those of the Hindu faith, can trace its origins back to ancient times “when the end of the summer harvest season was celebrated with much pomp and splendour”.

“It signifies the triumph of light over darkness and good over evil and sees millions of lamps lit at homes, temples, shops and public buildings across the world,” Mr Kashyap tells The Independent.

Another main theme of Diwali is the recollection of a story called Ramayan, which details how the Hindu god Rama returned to his kingdom with his wife, Sita, and his brother, Lakchman, after several years of exile.

“To illuminate the path through which they return and in order to guide them home, diyas (clay lamps) are lit everywhere and the world is bathed in golden hues of light,” Mr Kashyap explains.

Lakshmi, the Hindu goddess of wealth, fortune and prosperity, is also celebrated in Hindu households during the festival. 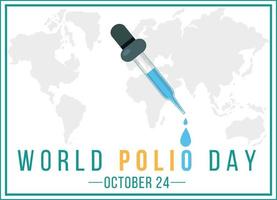 World Polio Day highlights the global efforts to end poliomyelitis (polio) worldwide. Polio is a life-threatening disease caused by the poliovirus, which the World Health Assembly committed to eradicate in 1988. The WHO European Region was declared polio-free in 2002 and has sustained this status every year since then.

Every year on 24 October, we observe World Polio Day to raise awareness of the importance of polio vaccination to protect every child from this devastating disease, and to celebrate the many parents, professionals and volunteers whose contributions make polio eradication achievable.

To ensure a polio-free future for everyone, efforts must continue to maintain high immunization coverage, implement high-quality surveillance to detect any presence of the virus, and prepare to respond in the event of an outbreak. United Nations Day recognizes the founding of the United Nations (UN) in 1945. The celebration is observed annually on October 24th.

U.N. Day has traditionally been marked throughout the world by meetings, discussions, and exhibits about the achievements and goals of the organization.

The United Nations works for the entire human family of seven billion people and cares for the Earth, our one and only home. ~ Secretary-General Ban Ki-moon

The UN also sets terms for protecting human rights around the world. In 1948, they created international law with a Universal Declaration of Human Rights.

The member nations deliver humanitarian aid to populations in crisis. The first aid delivered was an immediate response to the devastation following World War II.

Another aim of the international organization is to promote sustainable development.

Some major achievements of the UN include: