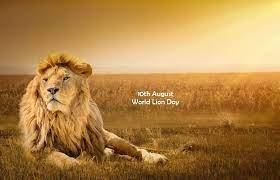 World Lion Day on August 10 aims to raise awareness about the plight faced by lions. Scientifically known as ‘Panthero Leo,’ lions are one of the most well-known  popular animal species out there. They are called the ‘Kings of the Jungle’ due to their arresting and fearsome personalities created by their great bodies and heavy, shiny manes. A lion’s powerful roar is second to none, and it can be heard even five miles away. Owing to the pop culture icons like Simba from “The Lion King”, lions are also loved by children. However, while lions existed in large populations 100 years ago, today, their numbers are just below 50,000 worldwide as a result of poaching and hunting. World Lion Day, therefore, brings attention to this endangered species by raising funds and ramping up protective measures.

The lion comes from the ‘Felidae’ family of cats, and it is considered to be an apex predator. It is the second-largest cat weighing around 300 to 600 pounds, with the first being its cousin, the tiger. An average lion’s body is muscular with a short round head and ears, and a tufty tail. Its sex can be identified through its heavy and luscious mane, which are absent on lionesses. Lions also happen to be the only cats who roam around in large groups known as prides. Scientists believe that lions do so because it is easier to catch prey in the wild. Their natural habitats are savannas and grasslands. You will most likely find a pride of lions near water bodies as they strategically wait for prey to come there for a drink and then pounce on them.

Lions have freely roamed the Earth across Asia, Africa, Middle East, and Europe as far back as 3 million years ago. But now, they are listed as vulnerable species by the International Union for Conservation of Nature’s Red List of Threatened Species. Although they are still not classified as endangered species, lions still face a lot of obstacles for their survival.

Right now, there are about 30,000 to 100,000 lions in our planet. Over the past few decades, the population of lions have decreased by half. This was caused by widespread loss of their habitat as well as trophy farming. 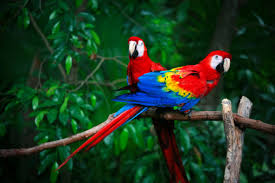 WORLD Parrot Day, which falls on May 31, highlights the threat to the bird species.

Parrots are intelligent, charismatic, colourful and their ability to imitate human speech has endeared them to humans.

In Malaysia, the Kuala Lumpur Free Fly Community (KLFF) was incepted by a group of bird lovers in early 2020. It has 40 members.

World Parrot Day is celebrated annually on May 31st. It is a wonderful opportunity to celebrate these attractive birds. There are many threats to the population and wellbeing of parrots. Habitat loss, climate change, and wildlife trade are some of the main threats. Many parrot species are in decline. World Parrot Day presents an opportunity to highlight the threats faced by these stunning birds. You can celebrate this day in many ways. Since habitat loss is a huge threat to the parrot populations, you can plant trees. On this day you can also donate to the conservation projects, and discourage friends and family from keeping all wild birds.

International Day for Biological Diversity – 22 May 2022 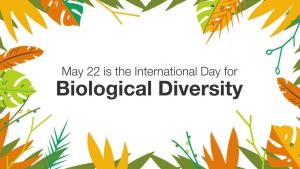 The United Nations General Assembly took this decision in December 2000. The day is celebrated every year with different themes to create awareness about the importance of biodiversity. This year’s theme is “We’re part of the solution”.

What is the International Day for Biological Diversity?

The International Day for Biological Diversity is an annual event that celebrates the importance of biodiversity. It is held on May 22nd each year.

The day was first established by the United Nations in 1993. The goal of the day is to raise awareness about the importance of biodiversity and the need to protect it.

Biodiversity is essential for the survival of all life on Earth. It helps to provide food, water, and other resources that we need to live. Biodiversity also helps to regulate the Earth’s climate and provides a home for millions of species of plants and animals.

The International Day for Biological Diversity is a chance to learn about the importance of biodiversity and what we can do to protect it.

The Different Types of Biological Diversity

There are many different types of biological diversity. Some of the most important types are:

1. Genetic diversity. This is the diversity of genes within a species. It is important because it helps a species to adapt to changing conditions.

2. Species diversity. This is the diversity of different species in an ecosystem. It is important because it helps to maintain the balance of an ecosystem.

3. Ecosystem diversity. This is the diversity of different ecosystems on Earth. It is important because it helps to maintain the planet’s overall biodiversity.

4. Landscape diversity. This is the diversity of different landscapes on Earth. It is important because it helps to provide habitats for different species of plants and animals.

5. Human cultural diversity. This is the diversity of cultures within humanity. It is important because it helps us to understand and appreciate the variety of ways that people live around the world.

Building a shared future for all life

The Secretariat of the Convention on Biological Diversity (CBD) is pleased to announce the Biodiversity Day 2022 slogan: “Building a shared future for all life”.

The slogan was chosen to continue building momentum and support for the post-2020 global biodiversity framework to be adopted at the upcoming UN Biodiversity Conference (COP15). 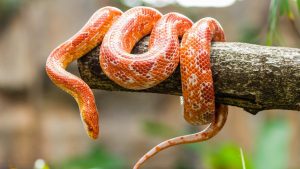 Snakes have gotten something of a bad rap over the past few thousand years. What with that one snake tricking that nice lady into eating an apple way back when, thus condemning the entire human race to mortality, snakes have been mistrusted if not flat-out feared.

And while it is understandable that people may fear an animal that can easily kill them, we think these fascinating, diverse creatures that range from several inches to 30 feet long, and from friendly and docile to aggressive and deadly, deserve for people to find out more about them.

Did you know that there are more than 3,500 species of a snake around the world? Of the 3,500 species of a snake around the world, there are only around 600 that are venomous. This is less than 25 percent of snakes! There are only 200 species of snake that pose a considerable risk to human life as well. Therefore, snakes are nowhere near as worrying or scary as we think they are. Of course, this does not mean that you should go up and start petting any snake that you come across! However, it is definitely something to think about.

The snake is one of the oldest mythological characters and has been revered by civilizations the world over. There are about 3,458 species of snakes known so far, ranging from the semi-frozen tundra of northern Canada to the steamy jungles of the equator and most of the world’s oceans. Snakes are highly effective predators and play a vital role in maintaining the balance of nature in each of these realms. Snakes are also fascinating in that they have a prehistoric lineage, thus giving us a glimpse back to a prehistoric time when the earth was ruled by reptiles — many people have no idea that modern reptiles are literally the living, breathing cousins of dinosaurs.

The species that seem to fascinate people the most are the King Cobra, the largest venomous snake in the world most people have seen in movies being coaxed out of a basket by a snake charmer; the Rattlesnake, that has forced countless people to suck its poison out of the bite before it’s too late; and the Reticulated Python, the world’s longest snake that kills its prey by strangling it.

World Snake Day was created to help people learn more about these animals and how much they contribute to the world as we know it. 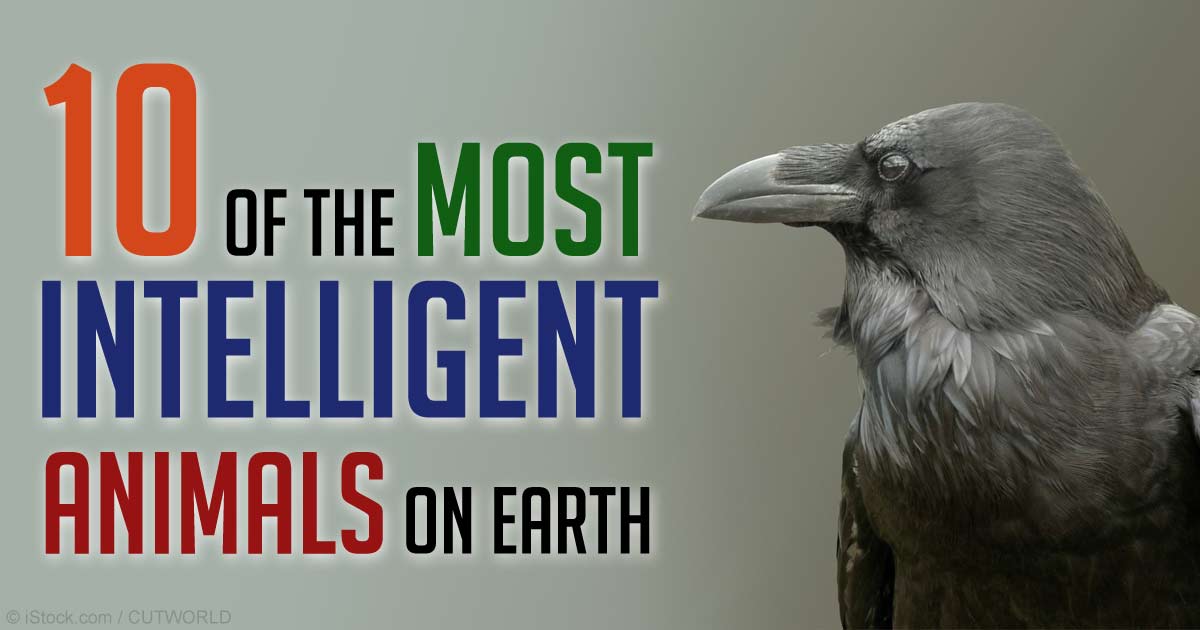 During World War I, German psychologist Wolfgang, for example, showed that chimpanzees, when confronted with fruit hanging from a high ceiling, devised an ingenious way to get it: they stacked boxes to stand on to reach the fruit. They also constructed long sticks to reach food outside their enclosure. Researchers now know that great apes have a sophisticated understanding of tool use and construction.

Psychologists have used such behavioral tests to illuminate similar cognitive feats in other mammals as well as in birds. Pigeons can discriminate between male and female faces and among paintings by different artists; they can also group pictures into categories such as trees, selecting those belonging to a category by pecking with their beaks, an action that often brings a food reward. Crows have intellectual capacities that are overturning conventional wisdom about the brain.

Behavioral ecologists, on the other hand, prefer to judge animals on their street smarts that is, their ability to solve problems relevant to survival in their natural habitats-rather than on their test-taking talents. In this view, intelligence is a cluster of capabilities that evolved in response to particular environments.

Some scientists have further proposed that mental or behavioral flexibility, the ability to come up with novel solutions to problems, is another good measure of animal intellect. Among birds, green herons occasionally throw an object in the water to lure curious fish a trick that, ornithologists have observed, has been reinvented by groups of these animals living in distant locales. Even fish display remarkable practical intelligence, such as the use of tools, in the wild.

Cichlid fish, for instance, use leaves as “baby carriages” for their egg masses. Animals also can display human-like social intelligence. Monkeys engage in deception, for example; dolphins have been known to care for another injured pod member (displaying empathy), and a whale or porpoise may recognize itself in the mirror.

The oceans cover about two-thirds of the surface of the Earth and are the very foundations of life. They generate most of the oxygen we breathe, absorb a large share of carbon dioxide emissions, provide food and nutrients and regulate climate. They are important economically for countries that rely on tourism, fishing and other marine resources for income and serve as the backbone of international trade.

Peace and security are also critical to the full enjoyment of the benefits that can be derived from the oceans and for their sustainable development. As has been remarked by the Secretary-General: “There will be no development without security and no security without development.”

This year’s theme for the Day is “Our oceans, our future” and is connected to the Ocean Conference taking place from 5 to 9 June at United Nations headquarters in New York.